The office, in one form or another, is older than both the United States Constitution and the United States Declaration of Independence. Benjamin Franklin was appointed by the Continental Congress as the first postmaster general in 1775[2] serving just over 15 months. Franklin had previously served as deputy postmaster for the British colonies of North America since 1753.

The Cabinet post of postmaster general was often givenTemplate:When to a new president's campaign manager or other key political supporter, and was considered something of a sinecure. The postmaster general was in charge of the governing party's patronage and was a powerful position which held much influence within the party.

The postmaster general is the second-highest paid U.S. government official, based on publicly available salary information, after the president of the United States.[7]

Postmasters general under the Continental Congress 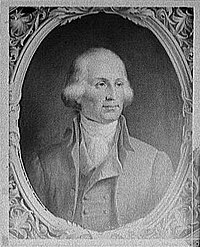 Note that, while the above table indicates the president under which each postmaster general served, these postmasters general were appointed by the governors of the Postal Service and not by the president.