Template:EngvarB Template:Use dmy dates Template:Infobox scientist Sir Thomas Browne (Template:IPAc-en; 19 October 1605 – 19 October 1682) was an English polymath and author of varied works which reveal his wide learning in diverse fields including science and medicine, religion and the esoteric. His writings display a deep curiosity towards the natural world, influenced by the scientific revolution of Baconian enquiry. Browne's literary works are permeated by references to Classical and Biblical sources as well as the idiosyncrasies of his own personality. Although often described as suffused with melancholia, his writings are also characterised by wit and subtle humour, while his literary style is varied, according to genre, resulting in a rich, unique prose which ranges from rough notebook observations to polished Baroque eloquence.

The son of Thomas Browne, a silk merchant from Upton, Cheshire, and Anne Browne, the daughter of Paul Garraway of Sussex, he was born in the parish of St Michael, Cheapside, in London on 19 October 1605.<ref>R. H. Robbins, "Browne, Sir Thomas (1605–1682)", Oxford Dictionary of National Biography, Oxford University Press, 2004; online edn, May 2008 accessed 16 Feb 2013</ref><ref>{{#invoke:citation/CS1|citation |CitationClass=web }}</ref> His father died while he was still young and his mother married Sir Thomas Dutton (1575–1634).

Browne was sent to school at Winchester College.<ref>Template:Cite journal</ref> In 1623, he went to Broadgates Hall of Oxford University. Browne was chosen to deliver the undergraduate oration when the hall was incorporated as Pembroke College in August 1624. He graduated from Oxford in January 1627, after which he studied medicine at Padua and Montpellier universities, completing his studies at Leiden, where he received a medical degree in 1633. He settled in Norwich in 1637 and practised medicine there until his death in 1682.<ref>Template:Cite book</ref><ref>Template:Cite news</ref>

In 1641, he married Dorothy Mileham (1621-1685), of Burlingham St Peter, Norfolk. She bore him ten children, six of whom died before their parents.

Browne's first literary work was Religio Medici (The Religion of a Physician) which was circulated as a manuscript among his friends. It surprised him when an unauthorised edition appeared in 1642, since the work included several unorthodox religious speculations. An authorised text appeared in 1643, with some of the more controversial views removed. The expurgation did not end the controversy: in 1645, Alexander Ross attacked Religio Medici in his Medicus Medicatus (The Doctor, Doctored) and, in common with much Protestant literature, the book was placed upon the Papal Index Librorum Prohibitorum in the same year.<ref>J. S. Finch A doctor's Life of Faith and Science. Princeton 1950</ref>Template:Page needed

In 1646 Browne published his encyclopaedia, Pseudodoxia Epidemica, or, Enquiries into Very many Received Tenets, and commonly Presumed Truths, the title of which refers to the prevalence of false beliefs and "vulgar errors". A sceptical work that debunks a number of legends circulating at the time in a methodical and witty manner, it displays the Baconian side of Browne—the side that was unafraid of what at the time was still called "the new learning". The book is significant in the history of science because it promoted an awareness of up-to-date scientific journalism.

Browne's last publication during his lifetime were two philosophical Discourses which are closely related to each other in concept. The first, Hydriotaphia, Urn Burial, or a Brief Discourse of the Sepulchral Urns lately found in Norfolk (1658) inspired by the discovery of some Bronze Age burials in earthenware vessels found in Norfolk, resulted in a literary meditation upon death, the funerary customs of the world and the ephemerality of fame. The other discourse in the diptych is antithetical in style, subject-matter and imagery. The Garden of Cyrus, or The Quincuncial Lozenge, or Network Plantations of the Ancients, Artificially, Naturally, and Mystically Considered (1658) features the quincunx which is used by Browne to demonstrate evidence of the Platonic forms in art and nature.<ref>Frank Huntley, Sir Thomas Browne : A biographical and Critical Study Ann Arbor University of Michigan Press, 1962</ref>Template:Page needed

An illustration of Sir Thomas Browne's house in Norwich

In Religio Medici, Browne confirmed his belief, in accordance with the vast majority of seventeenth century European society, in the existence of angels and witchcraft. He attended the 1662 Bury St Edmunds witch trial,<ref>{{#invoke:citation/CS1|citation |CitationClass=web }}</ref> where his citation of a similar trial in Denmark may have influenced the jury's minds of the guilt of two accused women,<ref>Template:Cite book</ref> who were subsequently executed for witchcraft.<ref>Template:Cite book</ref>

In 1671 King Charles II, accompanied by the Court, visited Norwich. The courtier John Evelyn, who had occasionally corresponded with Browne, took good use of the royal visit to call upon "the learned doctor" of European fame and wrote of his visit, "His whole house and garden is a paradise and Cabinet of rarities and that of the best collection, amongst Medails, books, Plants, natural things".<ref>The Diary of John Evelyn ed. John Eve pub. Everyman (2003)</ref>Template:Page needed

During his visit, Charles visited Browne's home. A banquet was held in St Andrew's Hall for the royal visit. Obliged to honour a notable local, the name of the Mayor of Norwich was proposed to the King for knighthood. The Mayor, however, declined the honour and proposed Browne's name instead.<ref>Simon Wilkins Supplementary Memoir citing Francis Blomefield Sir Thomas Browne Collected Works Vol. I pub. 1836</ref>Template:Page needed

Browne died on 19 October 1682 and was buried in the chancel of St Peter Mancroft, Norwich. His skull was removed when his lead coffin was accidentally re-opened by workmen in 1840. It was not re-interred in St Peter Mancroft until 4 July 1922 when it was recorded in the burial register as aged 317 years.<ref>Colin Dickey. The Fate of His Bones // Cabinet Magazine. Issue 28: Bones. Winter 2007/08.</ref>Template:Page needed Browne's coffin plate, which was stolen the same time as his skull, was also eventually recovered, broken into two halves, one of which is on display at St Peter Mancroft. Alluding to the commonplace opus of alchemy it reads, Amplissimus Vir Dns. Thomas Browne, Miles, Medicinae Dr., Annos Natus 77 Denatus 19 Die mensis Octobris, Anno. Dni. 1682, hoc Loculo indormiens. Corporis Spagyrici pulvere plumbum in aurum Convertit. — translated from Latin as "The esteemed Gentleman Thomas Browne, Knight, Doctor of Medicine, 77 years old, died on the 19th of October in the year of Our Lord 1682 and lies sleeping in this coffin. With the dust of his alchemical body he converts lead into gold". The origin of the invented word spagyrici are from the Greek of: Spao to tear open, + ageiro to collect, a signature neologism coined by Paracelsus to define his medicine-oriented alchemy; the origins of iatrochemistry, being first advanced by him.

Browne's coffin-plate verse, along with the collected works of Paracelsus and several followers of the Swiss physician listed in his library, are evidence that although sometimes highly critical of Paracelsus, nevertheless, like the 'Luther of Medicine', he believed in palingenesis, physiognomy, alchemy, astrology and the kabbalah.<ref>Manchester Guardian 19 October 1905</ref>Template:Page needed

The Library of Sir Thomas Browne was held in the care of his eldest son Edward until 1708. The auction of Browne and his son Edward's libraries in January 1711 was attended by Hans Sloane. Editions from the library were subsequently included in the founding collection of the British Library.<ref name=finch>A Facsimile of the 1711 Sales Auction Catalogue of Sir Thomas Browne and his son Edward's Libraries. Introduction, notes and index by J.S. Finch (E.J. Brill: Leiden, 1986) Page 7</ref>

On 14 March 1673, Browne sent a short autobiography to the antiquarian John Aubrey, presumably for Aubrey's collection of Brief Lives, which provides an introduction to his life and writings.

...I was born in St Michael's Cheap in London, went to school at Winchester College, then went to Oxford, spent some years in foreign parts, was admitted to be a Socius Honorarius of the College of Physicians in London, Knighted September 1671, when the King Charles II, the Queen and Court came to Norwich. Writ Religio Medici in English, which was since translated into Latin, French, Italian, High and Low Dutch, Pseudodoxia Epidemica, or Enquiries into Common and Vulgar Errors translated into Dutch four or five years ago. Hydriotaphia, or Urn Buriall. Hortus Cyri, or de Quincunce. Have some miscellaneous tracts which may be published...(Letters 376)<ref>Template:Cite book</ref>

Browne is widely considered one of the most original writers in the English language. The freshness and ingenuity of his mind invested everything he touched with interest; while on more important subjects his style, if frequently ornate and Latinate, often rises to the highest pitch of stately eloquence. His paradoxical place in the history of ideas, as equally, a devout Christian, a promoter of the new inductive science and adherent of ancient esoteric learning, have greatly contributed to his ambiguity in the history of ideas. For these reasons, one literary critic succinctly assessed him as "an instance of scientific reason lit up by mysticism in the Church of England".<ref>Sencourt R., Outflying Philosophy: A Literary Study of the Religious Element in the Poems and Letters of John Donne and in the Works of Sir Thomas Browne., Ardent Media, 1925, p. 126</ref> However, the complexity of Browne's labyrinthine thought processes, his highly stylised language, along with his many allusions to Biblical, Classical and contemporary learning, along with esoteric authors, are each contributing factors for why he remains obscure, little-read and thus, misunderstood.<ref>{{#invoke:citation/CS1|citation |CitationClass=web }}</ref>

Browne appears at No. 69 in the Oxford English DictionaryTemplate:'s list of top cited sources. He has 775 entries in the OED of first usage of a word, is quoted in a total of 4131 entries of first evidence of a word, and is quoted 1596 times as first evidence of a particular meaning of a word. Examples of his coinages, many of which are of a scientific or medical nature, include 'ambidextrous', 'antediluvian', 'analogous', 'approximate', 'ascetic', 'anomalous', 'carnivorous', 'coexistence', 'coma', 'compensate', 'computer', 'cryptography', 'cylindrical', 'disruption', 'ergotisms', 'electricity', 'exhaustion', 'ferocious', 'follicle', 'generator', 'gymnastic', 'hallucination', 'herbaceous', 'holocaust', 'insecurity', 'indigenous', 'jocularity', 'literary', 'locomotion', 'medical', 'migrant', 'mucous', 'prairie', 'prostate', 'polarity', 'precocious', 'pubescent', 'therapeutic', 'suicide', 'ulterior', 'ultimate' and 'veterinarian'.<ref>{{#invoke:citation/CS1|citation |CitationClass=web }}</ref><ref>Adam Nicolson, The Century That Wrote Itself, BBC Four, 21 April 2013</ref>

The influence of his literary style spans four centuries.

"His style is, indeed, a tissue of many languages; a mixture of heterogeneous words, brought together from distant regions, with terms originally appropriated to one art, and drawn by violence into the service of another. He must, however, be confessed to have augmented our philosophical diction; and, in defence of his uncommon words and expressions, we must consider, that he had uncommon sentiments, and was not content to express, in many words, that idea for which any language could supply a single term".<ref>Johnson S., "Life of Browne" in Thomas Browne's Christian Morals, London, 1765</ref>Template:Page needed{{#if:|{{#if:|}}

In the 20th century those who have admired Browne include:

Template:ISBN; The quote is from Chapter 5.</ref>

One of my favourite early ornithologists is best known among birders for his account of the birds of Norfolk in the mid 1600s. For me it is also as a demolisher of fake news that I love Sir Thomas Browne. Living in the mid 1600s at the start of the scientific revolution Browne sought to disprove some of the nonsense and folklore about birds — vulgar errors, as he called them.{{#if:|{{#if:|}}

Portraits and influence in the visual arts 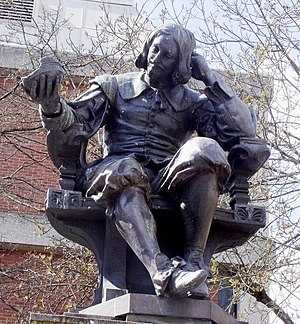